"12-Factor" Engineering Best Practices You Can Learn From 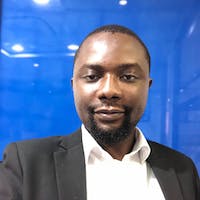 Subscribe to my newsletter and never miss my upcoming articles

During my CS days in University of Lagos I have always wondered why Software Engineering was called engineering. Before then, I had always thought engineering had to be hardware.

Luckily, Ian Sommerville was thinking about confused people like me when he wrote his popular book Software Engineering. I found the answer in this book where he described Software Engineering as "an engineering discipline which is concerned with all aspects of software production".

Similarly, in this article, we will learn 12 Factors, engineers at Heroku came up with for developing a high quality web application for scale, robustness and portability.

The 12th Factor Application Methodology contains 12 principles on how to build a high quality Web Application/SaaS. These best practices were introduced by Engineers at Heroku. It stemmed out of their experience developing, deploying and scaling thousands through their works on the Heroku platform.

Factor 1: Codebase - One codebase tracked in revision control, many deploys

Factor 6: Stateless Processes - Execute the app as one or more stateless processes

Factor 8: Concurrency - Scale out via the process model